I am asking anyone who is capable and willing to help me realize my dream.

My name is Samuel Willenberg. I am over 92 years old and am the last living participant of the prisoner uprising in the Treblinka death camp. All my life, I have tried to ensure that the memory of what happened there would not be lost. I have brought groups of Israeli youths and military to Poland, and told them of my experiences, over 30 different times. I did this on a voluntary basis. My only payment was seeing my listeners moved to tears. I wrote a book titled Revolt in Treblinka, which has been published in 8 languages. I have appeared in 8 films, including 3 in Poland. I immortalized the scenes which took place in the camp, in a series of bronze sculptures.

They have been exhibited in many places, including the Warsaw art museum Zachęta. For a year and a half, my sculptures traveled between many different German cities, including Hamburg and Berlin. They were displayed in Terezin. They are currently placed in a museum in Israel, in the “Ghetto Fighters (Lohamei HaGeta’ot)” kibbutz. A monument of a Treblinka fighter stands in Jerusalem, in the residence of our president.

Even now, at my rather advanced age, I give interviews to anyone who wants to hear about the horrifying things I lived through during my 10-month stay in the camp. Knowing that I will not always be able to personally share my experiences, I would like to provide a place for those who will continue this important mission. I am referring to historians who share their knowledge with those willing to listen. Here, however, we face a problem I have encountered myself. There is a magnificent memorial in Treblinka but there are very few things that help understand how the camp operated. During the uprising, our main goal was destruction- so that it could no longer operate. We succeeded only partially, however the SS finished what we started in an attempt to hide the truth of what happened here. And thus, in order to understand what took place in Treblinka one must use one’s imagination. There are no crematories or barracks here, to help one understand how the camp operated. During my many visits to the open area of Treblinka, often in inclement weather, I saw how difficult it was for the groups to listen to my tales. I think they managed because the person standing in front of them was an elderly man, talking about his personal experiences. It is different now. There are no living witnesses, their role has been taken over by historians. That is why it is important to provide them with better conditions. We need to create a space where, safe under a roof and regardless of the weather, they can talk about the horrors of this place. To facilitate this task I drew 3 maps, which the guides use. My life goal is creating the Holocaust of Jews in Treblinka Education Center. A building which will be located by the entrance to the area of the camp. My daughter, who is a renowned architect in Israel and who has worked on a number of serious projects (including the Israeli Embassy in Berlin), has designed this building pro bono. We are afraid- my wife and I- that we will not live to see this building raised. And so we decided to use our personal funds to purchase a stone with an inscription in three languages indicating that this is the place where the Holocaust of Jews in Treblinka Education Center will stand. During a beautiful ceremony, organized by the JHI and attended by many important personages, we unveiled this foundation stone. The next stage is gathering the funds necessary for realizing this project.

For this purpose we create the Foundation.

Part of our plan is having the names of the camp’s victims engraved on the walls of the building. For this we will need the assistance of the victims’ families.

And so I turn to you with this heartfelt request- turn your energy towards this goal, so important to us all, and give me the satisfaction of living to see the moment when at least the foundations of this building are laid down. 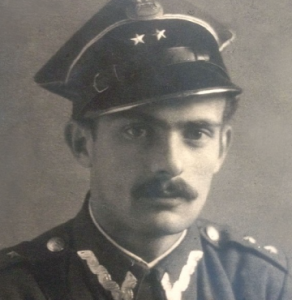 This is the message of Samuel “Igo” Willenberg, a participant in the rebellion in Treblinka. “Igo” died on February 19, 2016 year. We bid farewell to a dear friend, we hope, however, that the letter reaches all who together with us will guard the memory of the victims of the Treblinka extermination camp.