TREBLINKA Death Camp is the largest cemetery of Polish Jews. It is also one of the largest cemeteries of Polish citizens. 900 000 people are estimated to have died here. We do not know the exact number, we do not know the names and surnames of those who were brought here and murdered in the gas chambers. We know when the transports arrived and where they came from: Warsaw, central Poland, the Białostocki and Grodzieński regions, but also from Czechoslovakia and Macedonia. This factory of death started to operate on 23rd of July 1942. After 14 months, in the fall of 1943 the gas chambers and barracks were blown up – the Germans were trying to cover up the traces of their crimes.

Today the area is filled with silence. This place demands not only prayer and contemplation but also a caring remembrance and knowledge.

The Memory of Treblinka Foundation undertakes a number of tasks.

We gather and disseminate knowledge about the camp, collect existing reports of witnesses and survivors, inform about historical and archaeological research.

We collect and publish the names and surnames of the people who died in Treblinka. The Foundation together with the Jewish Historical Institute is compiling the „Book of Names” of those who perished in Treblinka. We believe that the deaths of hundreds of thousands of people should not remain anonymous. With each person murdered in Treblinka, their whole universe died – their knowledge, traditions, cus¬toms, faith. We wish to tell people their stories. This is a difficult, extensive and long-term task. We ask everyone who could provide reliable information for assistance.

We believe that there is a need for establishing an information center here. We want visitors to be able to learn as much as possible about the functioning of the camp and about the Jews who perished here. We also want to present works of art connected to the camp.

We ask anyone interested, anyone willing to help and become involved in our Foundation’s work, to contact us and support us. 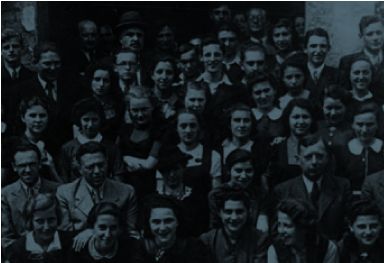 Today this place is filled with the silence remaining after those who were murdered here. This silence should not be drowned out. We wish to describe the silence, not disrupt it.